Typewriters and Alcohol Round One

Who here remembers their first typewriter? 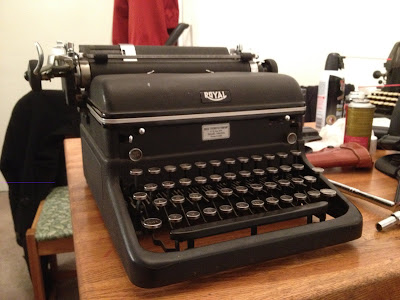 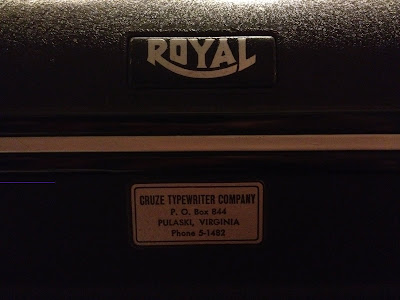 I picked up my first, a Royal KMM needing a bit of work, on February 10th, 2012. A good friend of mine, Mark, had been collecting for a little while at this point, and I was jealous of his ever expanding collection. I will stay, I'm still jealous, as he's now set up in a great house with a typewriter room. His blog, TotallyYourType, is definitely worth leaving mine to read. 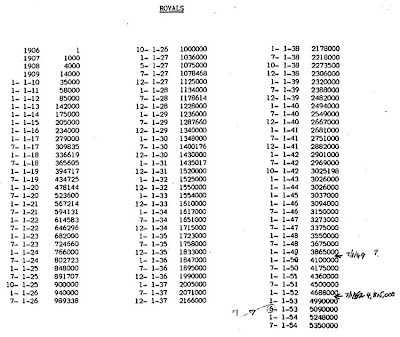 My machine's serial number was 2359744, putting its manufacture date sometime between January and July of 1939, making it my oldest possession at the time! Weird, right? My biggest reason for liking the machine, other than its being rock solid and a complete champ, was the label from a local (to here) typewriter shop, Cruze Typewriter Co. in Pulaski, VA.

Naturally, I got super curious about the company on the label, mostly because the phone number was unlike any I'd ever seen in my lifetime. The five digit phone number, 5-1482, really clued at how long the shop had been open for (originally opened in 1956) and I started doing research. I ended up going through years and years of newspaper archives (January 1962 through May 1980) and making copies of all the different ads that the company had had published in the local paper as well as the obituary for the owner. Some of their ads really clue in to the demographics they were looking to cater to... These two for example: 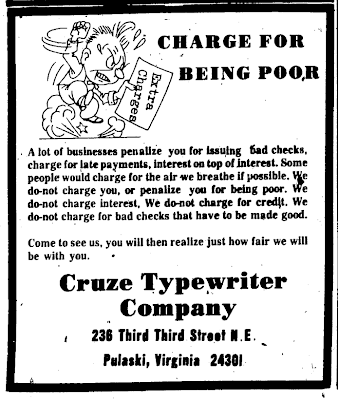 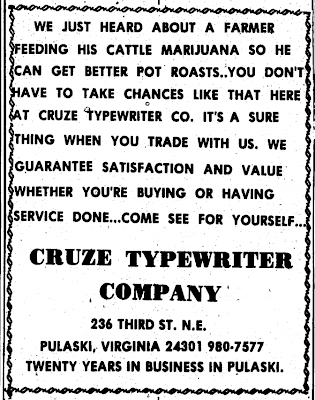 For anyone who's interested, I've taken the liberty of uploading all of the unique ads I found (in the near 20 years of newspaper archives I went through) into a single album, here. You'll probably notice I got lazy and didn't join images together for those that are split up top and bottom, sorry!

I really wanted to do this post as a typecast from the typewriter itself, but sadly that's just not possible. I mentioned having picked it up on February 12th, I didn't mention turning 21 a month and a half later on March 27th. A week or so later, I went out on a Friday night at 10pm, came back at 2am, and my KMM was gone. What remained was an empty table, puke on the table, and a microfiber cloth of mine that had both puke and typewriter ribbon ink on it. Sketch.

Anyhow, that was my first experience with typewriter ownership, mixing alcohol and typewriters, and typewriter theft. I've bought several others since then, but I'll save those for another day and another post!
Posted by JP H. at 5:28 PM

I'll be using this blog to post a variety of things, including typecasts from (mostly my own) typewriters, photos, recipes, and much more. Visit frequently or subscribe to keep up!

If you want to send me feedback, questions, suggestions, or ideas but don't want to post a comment, don't hesitate to get in touch with me using my contact form.